The recent case of Gibson v New looked at the enforceability of Boundary Agreements on successors in title and third parties.

The position of a legal boundary line can be difficult to determine. This can be the case where, for example, title plans are unclear and historic conveyances are poorly drafted. Boundary agreements have been a way of allowing parties, often in dispute, to clearly define the boundary line and agree where the legal boundary is located.

The recent case of Gibson v New concerned two such neighbours disputing the position of the boundary line between their respective properties. A settlement agreement was entered into that bound the parties to agree the legal boundary as plotted by a neutral surveyor who was selected by the mediator.

On this basis, there is a risk that previous boundary disputes, settled by way of a boundary agreement, could be re-opened by a successor in title to the original contracting parties. This case could raise concerns for prospective buyers of properties that are subject to an agreed boundary.

Gibson v New is a High Court decision and is contrary to what was previously considered to be settled law. Two previous Court of Appeal decisions (Neilson v Poole and Joyce v Rigolli) held that boundary agreements may be seen as proprietary and, therefore, binding on successors in title. These cases are what have enabled countless boundary disputes to be settled without the need for determination by the Courts.

The Court of Appeal has refused the respondent permission to appeal, citing the fact that the decision turned on the particular facts before the High Court. We are, therefore, left with a great deal of uncertainty as to whether, in the future, Courts will follow Gibson v New or decide to revert to the previous authorities.

If you would like to find out more about this topic, please contact the Property Litigation team who have a wealth of experience in advising on boundary disputes. 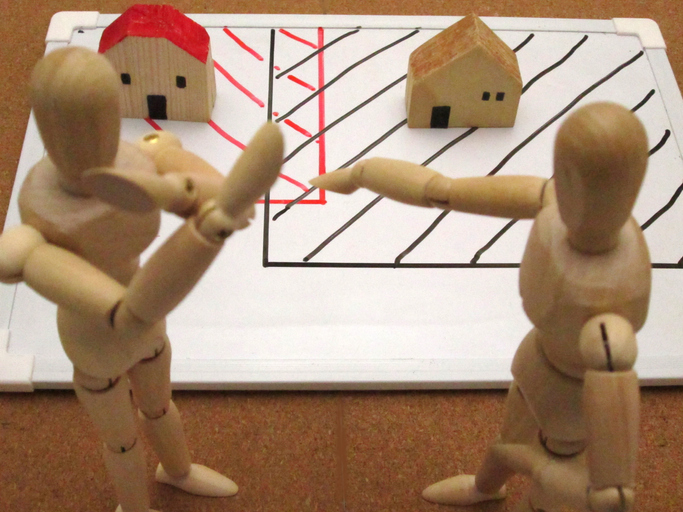