Copying: the shape of copyright infringement

The High Court has recently decided in favour of Ed Sheeran and his collaborators after the “Shape of You” trial – but what exactly amounts to copyright infringement?

If you ever noticed songs sounding strikingly similar to one another and wondered whether there was a correlation or if it was a matter of pure coincidence, you have stumbled across the main question behind the key act of copyright infringement – is this a copy?

Copyright aims to protect the form of expression of ideas and rewards authors for creation of original works. Whilst preventing copying, copyright does not provide monopoly, similar and identical works can exist where no copying is involved.

The key test to assess whether copying has taken place is whether a substantial part of the work concerned has been copied. It is a question of fact in each case whether there has been an infringement. If someone copies the whole of a song, clearly there will be infringement. However, the position is often not so clear-cut, especially because in determining substantiality, the test is qualitative rather than quantitative. In case of infringement, remedies by way of damages, injunctions, accounts or otherwise are available as for any other intellectual property right.

The recent Shape of You copyright case gives us some food for thought here. By way of background:

In determining whether parts of Shape of You were copied from Oh Why, the judge analysed not only the similarities and differences between the songs and their significance, but also the likelihood of Mr Sheeran having access to Oh Why as well as his alleged propensity to copy and conceal, amongst other evidence brought forward.

The judge concluded that there had not been any copying, not only as the two phrases played very different roles in the respective songs, but also as the evidence provided no more than a speculative foundation for Mr Sheeran having heard Oh Why. This case gives us some insight into the complex analysis required in assessing whether one work has copied another. As the judge said, the “one-in-a million” chance of two unique sounds correlating with one another, and the fact that the precise notes, vocalised and harmonised in the same way had not been found before, was “no more than a starting point when considering whether one is copied from the other”.

Following the ruling, Ed Sheeran has taken to social media saying that coincidences are bound to happen considering the number of songs released every day as well as there only being so many notes available, alleging a culture of claims being made without foundation with a view to eliciting the payment of a settlement to avoid court proceedings.

With the music industry rapidly growing and evolving, the question of copying will no doubt arise time and time again, here’s to hoping that copyright protection will continue to stand in defence of originality.

If you have any questions or would like assistance in relation to copyright infringement, you can contact Francesca Lombardi at [email protected]. 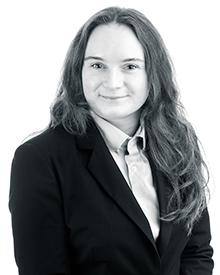