Katie Burley explores whether an employer can be liable for an employee’s Facebook posts?

The age of social media has left many employers concerned about being liable for something an employee posts on their personal pages. A recent case, Forbes v LHR Airport Ltd looked at this.

Mr Forbes (“F”) worked for LHRA as a security officer. A colleague of his, Ms Stevens (“S”), posted an image of a golliwog on her private Facebook page with the caption, “Let’s see how far he can travel before Facebook takes him off”. The image was shared with S’s list of Facebook friends which included another colleague, “BW” but not F. BW showed the Facebook post to F who raised a grievance that racist images were being circulated in the workplace and complained of harassment by S. S was subjected to a disciplinary process, apologised and received a final written warning.

Shortly after this, F was assigned to work alongside S. He objected and was moved to another location. F then went off sick and eventually brought claims against LHRA of harassment, victimisation and discrimination. The tribunal dismissed his claims and F appealed.

In order for LHRA to be deemed vicariously liable for S’s actions, F needed to show that the sharing of the image on Facebook was done ‘in the course of S’s employment’. The EAT considered numerous factors when deciding this, including whether S had been at work when she shared the image (she had not), whether she had made any mention of LHRA or her colleagues in the post (she had not) and whether her ‘friend list’ was largely made up of colleagues (it was not).

The EAT dismissed F’s appeal. It was accepted that the image was offensive and that it had caused offense to F, but considered that this was not the intent behind the post and it was not sufficiently closely connected to the workplace to render it an act done in the course of employment.

The EAT made it clear in its judgment that there was no hard and fast rule for deciding these cases. With social media usage continuing to form part of our day to day lives and with instances needing to be considered on a case by case basis, it is perhaps now more important than ever to ensure that you have a solid social media policy.  This must be properly communicated to all employees detailing what is, and what is not considered appropriate and acceptable to help avoid problems before they arise. 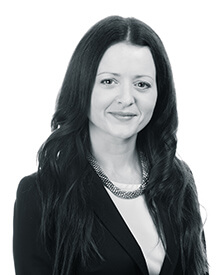